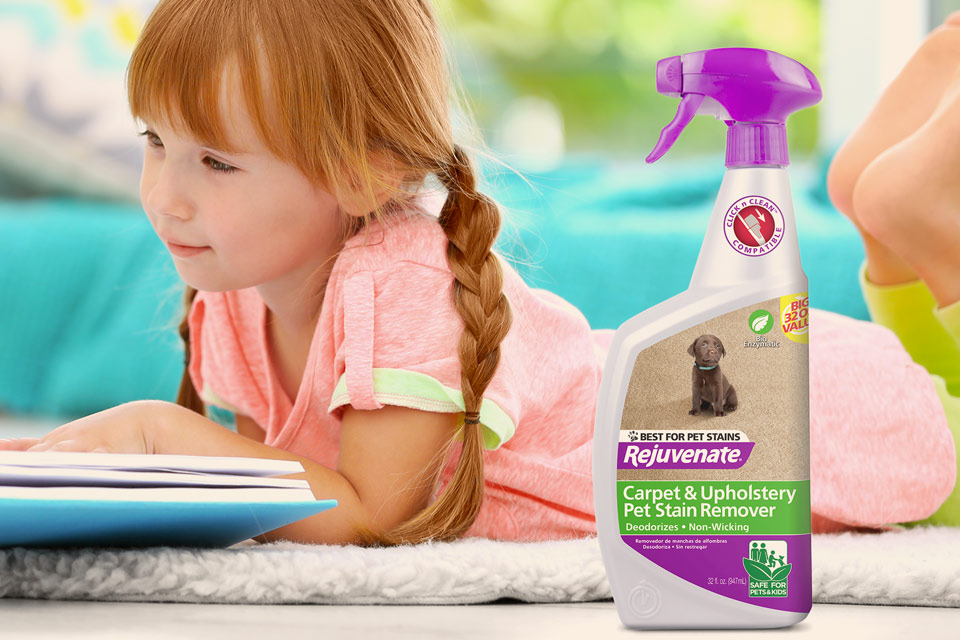 Rejuvenate is a For Life Products LLC Brand

For Life Products is proud to manufacture a full line of Rejuvenate home restoration products in the USA. Since its introduction to the market, Rejuvenate Floor Restorer has consistently outperformed the competition and established itself as a leader in the floor care and restoration area. Available nation-wide and in Canada, at major retail chains like The Home Depot, Rejuvenate has grown from a single Floor Restorer to a full line of over 50 home restoration products ranging from Cabinet and Furniture restorer to leather cleaner and spot and stain remover. You can see the entire line at the manufacturer's website www.RejuvenateProducts.com. Keep an eye out for more great products as we are constantly developing and researching new items!

Joseph A. McDonnell, J.D., “Joe” - Founder, CEO and Chairman of the Board of For Life Products, Inc.

For Life Products, LLC, creates, owns, markets and distributes the “Rejuvenate” brand surface care cleaning and renewal products to 40,000 retail stores in the US, and Canada, Europe, Dubai, in the chains such as: The Home Depot, Lowes, Walmart, Menards, Ace, Do it Best!, Bed Bath and Beyond, QVC, The Shopping Channel, and more.

Joseph A. McDonnell also founded iShopSecure.com, Inc. in February of 1999, which was the premier online anti-fraud and anti-terrorist organization to prevent the use of stolen credit cards and ID theft for online transactions as well as MOTO (mail order and telephone order) transactions. McDonnell invented the 3D Secure 3rd party authentication platform and filed several US Patents. McDonnell also participated as an ongoing board member as an expert with Visa International for their 3D Secure protocol as well as Visa USA for the “Verified by Visa” program for which McDonnell’s invention was utilized. McDonnell sold iShopSecure.com in April of 2003.

From 1989 – 1998 Mr. McDonnell was the founder and President of a leading manufacturer and distributor of home safety testing products which gained distribution into more than 40,000 retail outlets nationally. Mr. McDonnell began this company for the purpose of manufacturing, marketing, and distributing the Detecto Card Microwave oven leakage detector, a product he invented during his attendance at Law School. He immediately expanded the product line to include carbon monoxide detectors, lead in paint test kits, water test kits, radon gas detectors, lead in water test kits, and radon in air test kits.

Mr. McDonnell, with his strategic use of fear-based marketing, was the first to successfully market and distribute carbon monoxide detectors to the retail trade, which later grew to a $20 billion industry annually. During Mr. McDonnell’s tenure, he was responsible for conducting market research, conceptualizing home safety testing and related products, designing the products and sourcing initial suppliers. Moreover, he designed all packaging and sales materials, copyrighted, trademarked and directed the patenting of the inventions. Additionally, he hired and managed 100-person sales force. Mr. McDonnell was also the marketing director where he produced and directed both national TV and radio commercials, directed the buying and management of TV, radio, and print media, and directed the launch of a multitude of nation-wide public relations campaigns. Mr. McDonnell also acted as the national spokesperson. As company spokesperson, he was positioned as the national expert on the dangers and issues which the company’s products addressed. These include: the adverse biological health effects of microwave radiation; the dangers and sources of carbon monoxide; the causes and biological health effects of lead poisoning; and an authority on radon gas, its causes and biological effects. Mr. McDonnell negotiated large retail sales programs and deals, and managed a team of 110 employees.

Mr. McDonnell has appeared on CNN, The Home Show, Willard Scott Show, more than 100 news programs on all major TV networks, over 100 live radio interviews, and he was featured by Associated Press, LA Times Syndicate, USA Today, Popular Science/Mechanics, Woman’s Day, Good Housekeeping, and a host of other consumer and industry magazines.

Mr. McDonnell is an inventor and holds over 40 US and International Patents and is also an attorney who is admitted to the New York State Bar since 1990.

In 1988, Mr. McDonnell was employed as a court clerk under Justice Collins of the Appellate Term of the New York Supreme Court. He earned a Bachelor of Business Administration degree from the University of Miami majoring in Management, Marketing and Business Law where he graduated in the top percentage of the business school, and a Juris Doctorate degree from St. John’s Law School where he graduated in the upper percentage of his class.

Mr. McDonnell is also a premier supporter of many national charities including the Boys and Girls Club of S. Florida, Habitat for Humanity, and the Hurricane Relief Fund, just to name a few.

Bobby joined the team in September of 2018 with over 26 years of retail and leadership experience. Bobby started his career with Home Depot as a cashier and moved his way up through the organizations before becoming a Store Manager in January of 2000.

Bobby then held several regional and divisional level roles of increasing responsibility before moving into Home Depot’s merchandising division. During his 12 years in merchandising at Home Depot Bobby was responsible for over $100M in sales growth for Home Depot.

Bobby was an FDMM, Merchant, Senior Merchant, and Divisional Merchandising Manager before leaving Home Depot to join the For Life Products team.

Alan joined For Life Products with over 15 years of experience as an executive in Ernst & Young and Deloitte’s Transaction Advisory Practice and recently as the CFO for a Family office.

Throughout Alan’s career he has focused on facilitating growth within many types and stages of businesses spanning middle market to global fortune 100. Alan received a Bachelor of Science degree in Accounting from the University of Florida and his Masters of Accounting from the University of Central Florida. Alan is also a Certified Public Accountant.